Hello everyone, November is shaping up to be an extremely busy month. I imagine it's pretty hectic for you too? Unfortunately, I have to keep working. Writing each day to meet certain goals, photo-shopping various book covers, or re-working old ones to entice new readers. And that's just the side stuff! Props goes to all the people in the world that can juggle a multitude of tasks each day without going crazy. I'm almost at the point of flipping my desk over. Sometimes life can get pretty hard. Thankfully, I do have a ton to keep my mind off the more negative things. For example this month is November. Some of the holiday romance story ideas I have pitched to my editor were the following:


My editor patted me on the head as if I was a child then told me to go write those as romantic comedy pieces. Hmm, maybe it's not what I had first envisioned for those ideas but I already have the first drafts written up for them!

On a less humorous note, I finished my werewolf/shifter romance novella which will be named, Moonrise © 2014 War of the Wolves: Book One. The story is a stand-alone paranormal romance with heavy subplots of action and adventure set in a fairytale world. As soon as my editor picks it apart I'll have to re-write it then hopefully it will be ready to publish around February 2017.

Apart from that my current bookshelf of projects is becoming longer rather then shorter. I'm now also penning a Science Fiction romance story that involves galaxy roaming clans and futuristic armor. Spectre's View © 2004 will be something to look forward too in the near future.

Welps, that's enough from me for this week. I wish you all well. Happy reading! 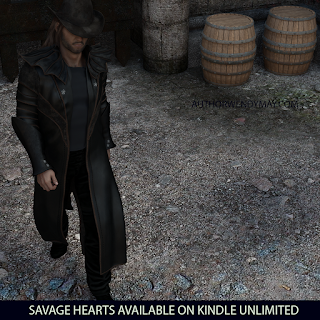