Currently in the author world there are two super hot topics: Daz3D and Academy Covers. Before it was rainbow overlays and Angels. Themes like these come and go as quick as they first appear. However, Daz3D renders won't be one of those quick to die fads. Here's why...


Stock photo models are real. Adapting them to fit supernatural or science fiction genres for book covers requires elite skills in photo-compositing or digital painting. Sometimes both! A great deal of times a writer is searching for someone to remotely look like a character from their imagination but find that there are a plethora of white models but rarely any that represent other races.

Finding a Latina or people of other colors is like finding a needle in a haystack. Which is why Daz3D is great. It fills in the holes by allowing creators to make their characters whether an orc, elf, or providing skin colors from all spectrums.


But this post isn't a paid advertisement. It's about me attempting to use the program in the first place so I can make my characters come to life. I'm having a ball testing out the different aspects of it but there's no denying I'm stumbling around when it comes to perfecting my renders.

The above photo is literally Try #22 of creating Acalia and Filtiarn from my Feral Hearts Fantasy Adventure novel. Acalia is lacking her wolf's ears and she's far darker than I've imagined. While Filtiarn is reflecting his 'scrawny' days as a wolf pup.

I think there is a con with Daz3D in that it's hard to find a good werewolf (Don't tell them I called them that, they greatly hate being compared to them) figure. Most that are available to purchase look like a bunch of hairy men on a terrible bad day. Which is to say there is actually no werewolf figures that you and I know from the movies.


This photo is one of my very first attempts at using the Daz3D program. I was following along a tutorial on how to use it but the tutorial guide forgot to mention how to adjust the camera. That's why this poor girl has half her head chopped off. I had no idea how to get her completely into the picture! I haven't quit trying to perfect my renders. In fact, I'm already using my best renders for my new book covers. I adore how it gives a video game appearance to my books!


Savage Hearts, the second book in the Chronicles of Zaloria series is coming out VERY soon. Hopefully this month if all goes as planned. I'm going over the final edits while waiting on approval for the book cover. There's also going to be a re-release of a short story called, Dusk into Light. Which is an Urban Paranormal that introduces Sahmloch, the island beyond the mist, and it also guest-stars Acalia! 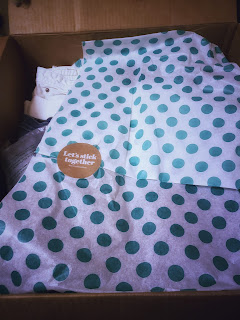