Hi everyone! It's been a while since I've updated this blog. First, I'll apologize for the lack of updates here but real life caught up to me in the worst kind of way. Read on to find out what I'm working on next!
Disclaimer: This post features affiliate links to Amazon at no cost to you. What this means is that if you are super generous and purchase my eBook using one of the provided links then I'll receive a tiny amount of compensation for it. Thank you so much for the consideration!

So, What's Going On, Author Wendy May?

I've spent a while hunting down a new book cover artist for this set and finally I found them. Now I have two beautiful covers to make print versions for them. I'm also thinking about hardcovers that will differ from the softcover print.

Christmas Wishes is now Alien Wishes. Marissa's story has been rewritten. Due to a lot of IRL things I went too dark on her character and decided that wasn't fair to you all. And so, I've given her a spine and a better introduction as a heroine. I also took out quite a bit of the darker themes and rewrote the entire thing again. Though I'm okay with dark romance I love writing fun stories even more.
I'll be uploading the new version of Marissa's story: Alien Desire in late 2022 or early 2023 including a print version.  Alien Passion will be Sofia's story. She's the quiet and sweet character that has never had a sexual encounter. And Xan is the one who picked her so that'll be a real interesting one.
A savvy reader once commented that Xan better earn her love. Yep, I'll put him through an emotional roller coaster to claim her heart!

Song of the Wind

Romantic Fantasy: Song of the Wind with the Shifter or Beastmen Wolf Clans Acalia and her trials to become the Wind Dancer hasn't been forgotten. I've secured new book covers and will be in the process of uploading them alongside a print version. Feral Hearts will now be called: Song of the Wind and the sequel is called: Fate of the Storm. I hope to have the sequel rewritten this year as I already planned the pre-quel saga which goes into Lucalia's past when she was being courted by Garm. There is so much history to explore!

Don't Miss Out on New Updates

Interested in getting Author Wendy May's latest updates, teasers, and other bonus content? Simply sign up with your email address to receive it all! No spam - just sweet and steamy awesomeness!

Being different shouldn't matter in this world. But it does. I've never wanted to be a wolf shifter. But I am. I'm also packing an arsenal of magic that my vampire enemies wish I didn't carry. At least there's one thing going my way. Now they're trying to hunt me down, but joke's on them. I'm not alone. This is a Steamy Sweet, Why Choose PNR Shifter Romance jam-packed with action and adventure!
Learn More:
https://amzn.to/3cASQBJ

Heat. Conquer. Claim. There's one waiting for you. Sexy as sin encounters that demand obedience and require total surrender. Whether you like Billionaires, Mafia Bosses, Aliens, Shifters, Contemporary, or Monsters: there's no one here but you and them. This delicioius collection of ALL-NEW steamy short stories are sure to leave you breathless. You know who they are and open yourself to them.
Don't Keep Your Dominant Waiting.
https://amzn.to/3R5dPLQ

A world long forgotten. An unsung hero seen only as a mongrel. A capricious woman entangled in shadow. Caught in an ancient war where only courage and true love guides them. Fire & Steel is a heroic fantasy for fans of the Forgotten Realms and LOTR. Slow-burn Romance with scores of sword and sorcery.
Learn More:
https://amzn.to/3KxB7HO

That Time I Got Reincarnated as My Avatar

Rip. Tear. Repeat. Connor climbed the ranks of the professional gaming world, but his career came to a screeching halt when he had a fatal accident. Reincarnated into the fantasy realm he thought existed only in his favorite roleplaying game, Connor must help save his new world by becoming the Werewolf Protector he enjoyed playing in-game. With the help of a snarky game assistant, Connor and his friends have to level up fast to face each challenge that comes their way.
Learn More:
https://amzn.to/3Ro6Ugu
authorwendymay gamelit books romance fantasy books scifiromance books 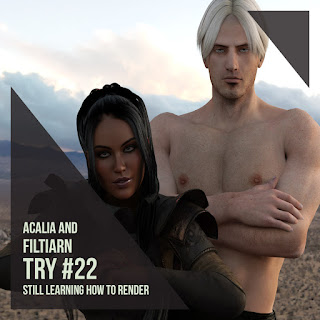 Testing out Daz 3D for my Author Covers

Currently in the author world there are two super hot topics: Daz3D and Academy Covers. Before it was rainbow overlays and Angels. Themes like these come and go as quick as they first appear. However, Daz3D renders won't be one of those quick to die fads. Here's why... 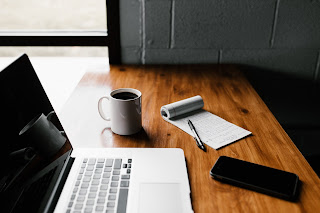 A Fantasy Romance Latina author: Novels with Color Ever since I was a little girl I've always wanted to read novelas de fantasía (fantasy novels) with strong Latina females as the main characters. There are so many out there but not enough. I don't think I've read too many in mainstream publishing. What can a small-time author do but write her own story to add to the growing voice of autora's (female authors) that also wish to see more representation of their beautiful culture in fantastical lands of magic realism. 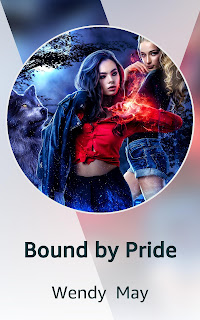 Why Choose When You Can Have Them All? Since I was a child, I’m something that can never be in vampire or fae land. I’m hunted by vampires on a daily basis and have to stay one step ahead of them. I’ve got to find my fated mates, or the paranormal world will come to an end. Could I find them before the vampires sent their unholy hordes to tear through the human world? Could we ensure the supernatural remained hidden from humanity? Or would all shifters suffer an undying fate that dooms us all...